It is apparent that there are some attributes that differentiate the world’s best athletes from everyone else.  Having a great work ethic, unmatched mental toughness, a burning desire to win, and being a perfectionist are all keys in becoming an elite athlete.  In this article, I will discuss these elements and give some examples of athletes who possess them. 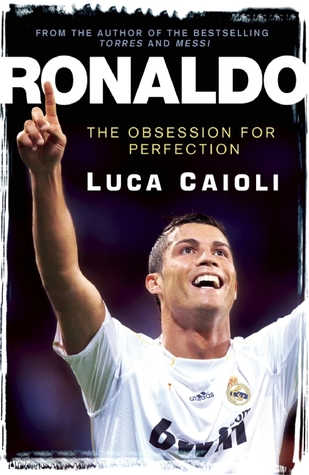 You must be willing to put in the hard work that is necessary to get yourself to the highest level of play possible.  If you practice your game as much as you possibly can, you will have no regrets and will set yourself up for success.  You must have the mindset that there are others out there who are working harder than you at all times.  This can really help to motivate you.  If you don’t have the desire to put in the hard work that is necessary to reaching the top of your sport, you never will reach the top.  One professional athlete who perfectly exemplifies how much having a great work ethic pays off is Ray Lewis, linebacker for the Baltimore Ravens.  When he began college at the University of Miami, he wasn’t even mentioned on the team’s media guide.  This really got to him, but he used it as motivation to work as hard as he possibly could to become great.  From that point on, he told himself that he was going to be the best player in Miami football history.  While there have been tons of great players at Miami, he definitely may have achieved his goal.

As an athlete you cannot undervalue the importance of having a mental edge over your competition.  Consider Tiger Woods for example.  I know that he hasn’t been his old self in the past couple of years here, but back in the days where he was winning seemingly every tournament, it was greatly due to his mental edge over everyone else.  He couldn’t be shaken, no matter how much pressure was put on him.  He had the mentality that he was better than everyone else, and that is often necessary in succeeding as an athlete.  You have to have that confidence that nobody is going to take you down.  You almost want to be cocky, because if your opponents see that vibe you are putting off, they will crumble.  Kobe Bryant is another example of an athlete who holds a mental edge over his opponents.  Every game he brings a swagger that nobody else in the NBA can rival.  Maybe that’s why he once scored 81 points in a game.

As an athlete and a competitor you must have that desire to win, no matter what.  There is no reason for you to ever aim less than the number one spot.  You will be doing yourself a huge disservice if you settle for anything less.  We play sports to have fun, yes, but nobody ever reached the top level of their sport settling for second place.  Michael Jordan perfectly exemplifies an athlete who would never settle for anything less than winning.  He absolutely despised losing, and because he hated it so much, it drove him to be a winner.  He went from winning the National Championship at the University of North Carolina to winning six NBA Championships.

Attribute #4: Be a Perfectionist

You must have the mindset of perfection to become elite.  This means spending countless hours practicing and doing your best to perfect all aspects of your game.  For basketball players, take 500 free throws and jump shots every day.  Soccer players, work on your juggling and ball skills for hours each day.  Baseball players, hit as many balls as you possibly can.  And make sure that you are giving 100 percent focus while practicing your skills.  This will fine-tune your game and leave you with no regrets.  One premier athlete that is particularly known for his perfectionist mindset is Peyton Manning, quarterback for the Indianapolis Colts.  He is always the first one in the team’s facilities before practice and the last one to leave.  He critiques himself on everything he does on the field and in practice, which enables him to consistently improve.  He is also one of the most cerebral athletes we have ever seen.  He knows his game so well that he can make perfect last-second pre-snap adjustments necessary to dissect the defense. Legendary UCLA Bruins basketball coach John Wooden once said, “Make each day your masterpiece.”  That is exactly what Peyton Manning does.