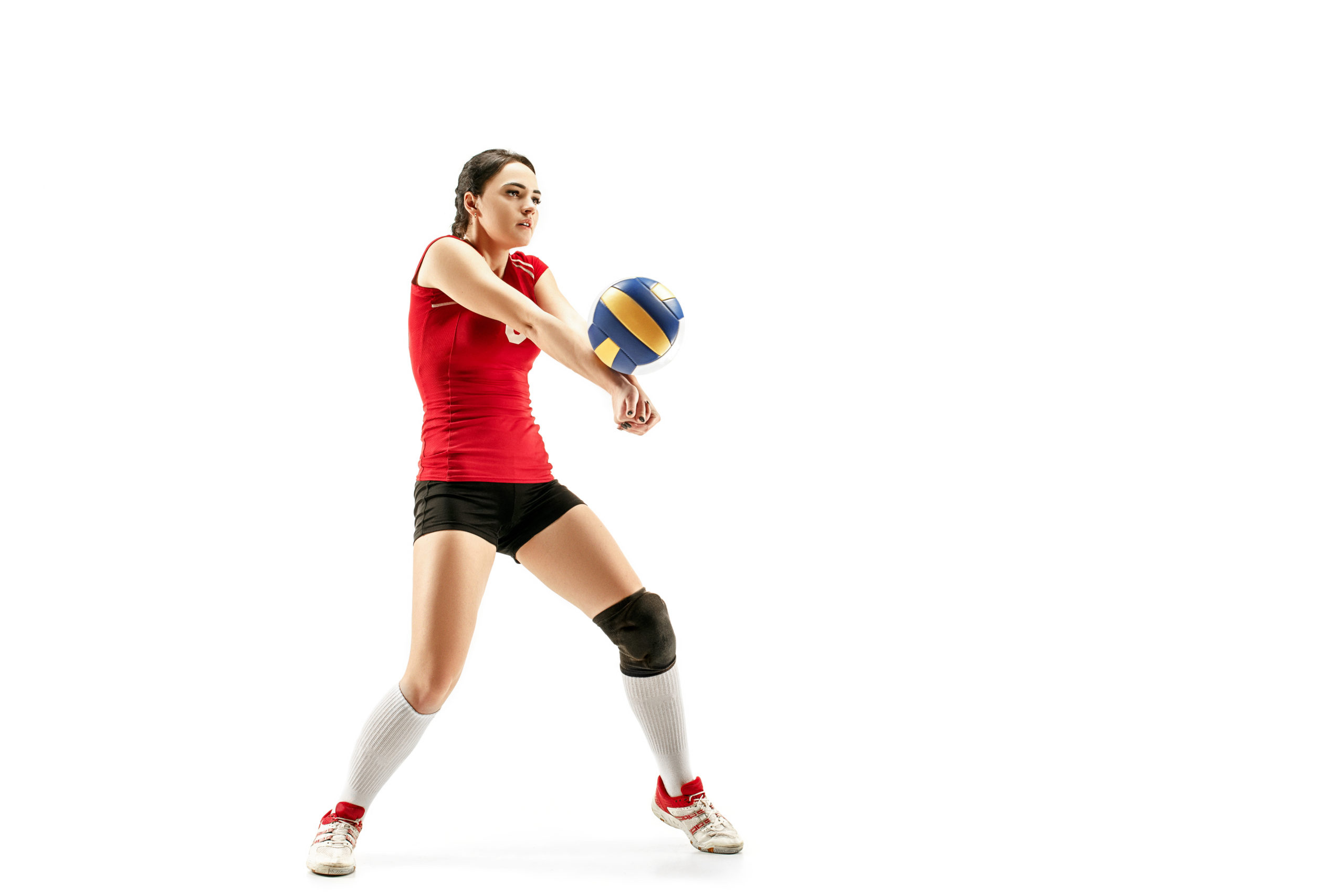 All You Need To Know About Volleyball Clubs

So, you’re thinking of playing club volleyball? Let’s start off defining what playing club means. The club season happens outside the window of the high school season. Different parts of the country are on slightly different timelines (especially on the boy’s side) so the exact dates will differ by region. Typically, you’re going to get a higher level of competition when you play a club sport. That’s because there are added costs, travel and time commitments needed to play club vs. playing in high school. Club practice can be just once a week with tournaments every few weekends, or it can be four days a week
commitment for practice and a travel schedule to different parts of the country. What experience you want to have will often define the level of commitment you’re willing to make.

Like any other sport or activity, added repetitions will usually result in a high level of skill. Some areas of the country have an abundance of opportunities for younger players to get involved in the sport early, thus setting them up better for future success if they want to play at the collegiate level. Often players from volleyball rich areas are successful not because they’re the most physically dominant, but because they’ve been playing the game longer. Club gives these players an opportunity to get repetitions and exposure that might not exist elsewhere.

First, you need to find what options are available in your region. For example, I live in Boston so all I need to do is google search “New England Volleyball” and the first option that comes up is the New England Region Volleyball Association. The website lists all the clubs available in my region. Fortunately, players in our area have numerous options and it should not be too hard to find a fit. If you’re in an area that only has 1-2 options, you might have to settle for something that isn’t an exact fit. What are you trying to accomplish? Maybe you just want to learn the sport and see if it’s
something you enjoy doing. This is probably the truest for players at a young age. At this point, the main concern is just introducing the sport in a fun way. Nobody is going to lose out on a full scholarship because they picked the wrong club at the age of 10.

How important is it to you to be a multi-sport athlete, play an instrument, etc. while also playing volleyball? You need to find a club that will let you balance your interests or be willing to sacrifice one for another. Coaches like multi-sport athletes. I always advocate for my players to pursue their interests, while understanding the time commitment needed to be successful at volleyball. At some point there is a need to prioritize your time if you’re going to thrive at the next level. 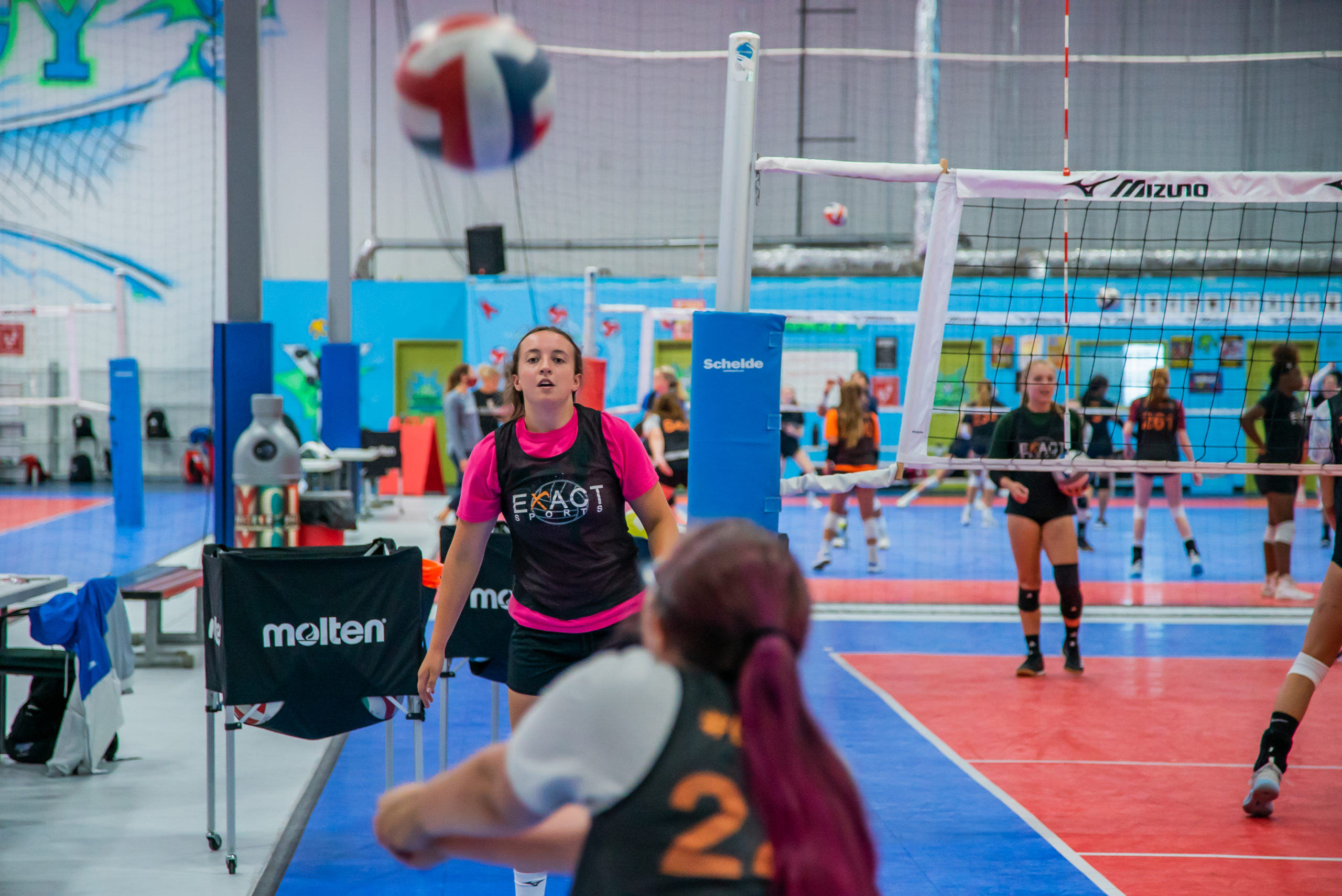 One of the biggest differences when choosing a club is a regional team vs. national team. Bigger clubs will often offer both options. Regional teams typically compete in nearby tournaments, might practice less and sometimes cater towards a more laid-back environment. Regional teams can also be very competitive and produce college level players. I’ve had numerous players that stick with regional teams, especially during senior year when they have already committed and don’t want the added travel or cost as they look towards paying for college. Some regional and national teams will travel more than others. Playing for a team that travels means you’re giving up quite a few holiday weekends as three-day tournaments across the country are standard operating procedure. For example, there is a large three-day tournament held at the Boston Convention Center in March. This tournament attracts teams from: California, Colorado, Texas, Canada, Missouri as well as every state in the Northeast. Planning college visits around these tournaments is also a great idea. I think it’s a good idea to get a feel for what kind of college campus and location best suites you.

Club programs are often very competitive amongst each other within region. Many clubs are born by former coaches of another club/rival high school that didn’t like the way the former was running things, felt there was a gap in training or coverage of the area. With these factors tryouts for clubs can happen on the same day or force you to decide quickly after trying out. It’s a good idea to talk with your high school coach and see if they have any club affiliation or recommendation. That doesn’t mean you have to play at a club your high school coach recommended, but he or she can be a good resource.

Especially at bigger clubs or at popular age groups, many clubs will have multiple teams serving the same age. If you try out for two different clubs and are offered spots at both, what does it mean to play for a 1s team rather than a 2s team. We’ve already talked about regional vs. national, which could be a consideration. A big factor here is playing time and roster size. If you’re on a 1s team, but it’s a large roster and the group is talented, you might not regularly be in the lineup. This is called “paying for practice” and essentially, you’re spending money to compete against good competition, even if you don’t see too many game reps. If you’re on a 2s team but it’s for a larger club, do you intersperse with the 1s team during practice? This is a good way to see good competition in practice but see more court time during tournaments. Some clubs use this method while others never mix their teams.

The reality is the club landscape can drastically change year to year, team to team. Many players switch between clubs every year and new coaches come along. While I don’t advocate changing club programs every season, it is important to find a good fit. The cost and time commitment can be substantial, so it’s important to weigh these factors.

If you’re looking to play in college, what resources does the club have to help you reach that goal? Many clubs have a recruiting coordinator and can help you find a good fit to play at the next level. If the club doesn’t have one, are there coaches on staff that play or played in college and can help you navigate the process? Does the club offer added opportunities to play? Some clubs have clinics, offer private lessons and have strength programs. If those are important to you, they can bring added value to your experience. I always advocate for athletes to find good opportunities in strength and conditioning. Physicality is extremely important at the next level. Exposure to strength training before getting to college, where it’s a massive part of the process, can only help. It’s virtually universal that college athletes have lifting programs both in season and out.

Playing club should be a great experience. You get to play a higher level of volleyball, meet new teammates and experience different coaching styles. It’s fun to travel to new places and compete against people from all over the country. You might compete against these teammates at the college level, turning good friends into a great rivalry.
Try to have a good understanding of what it is that you’re signing up for beforehand, so your expectations and reality don’t deviate from each other. Consider the questions posed above before you make a final decision so you can get the most out of your club career. Understanding what’s important to you will help shape your club journey and ultimately, enjoying volleyball is the goal!