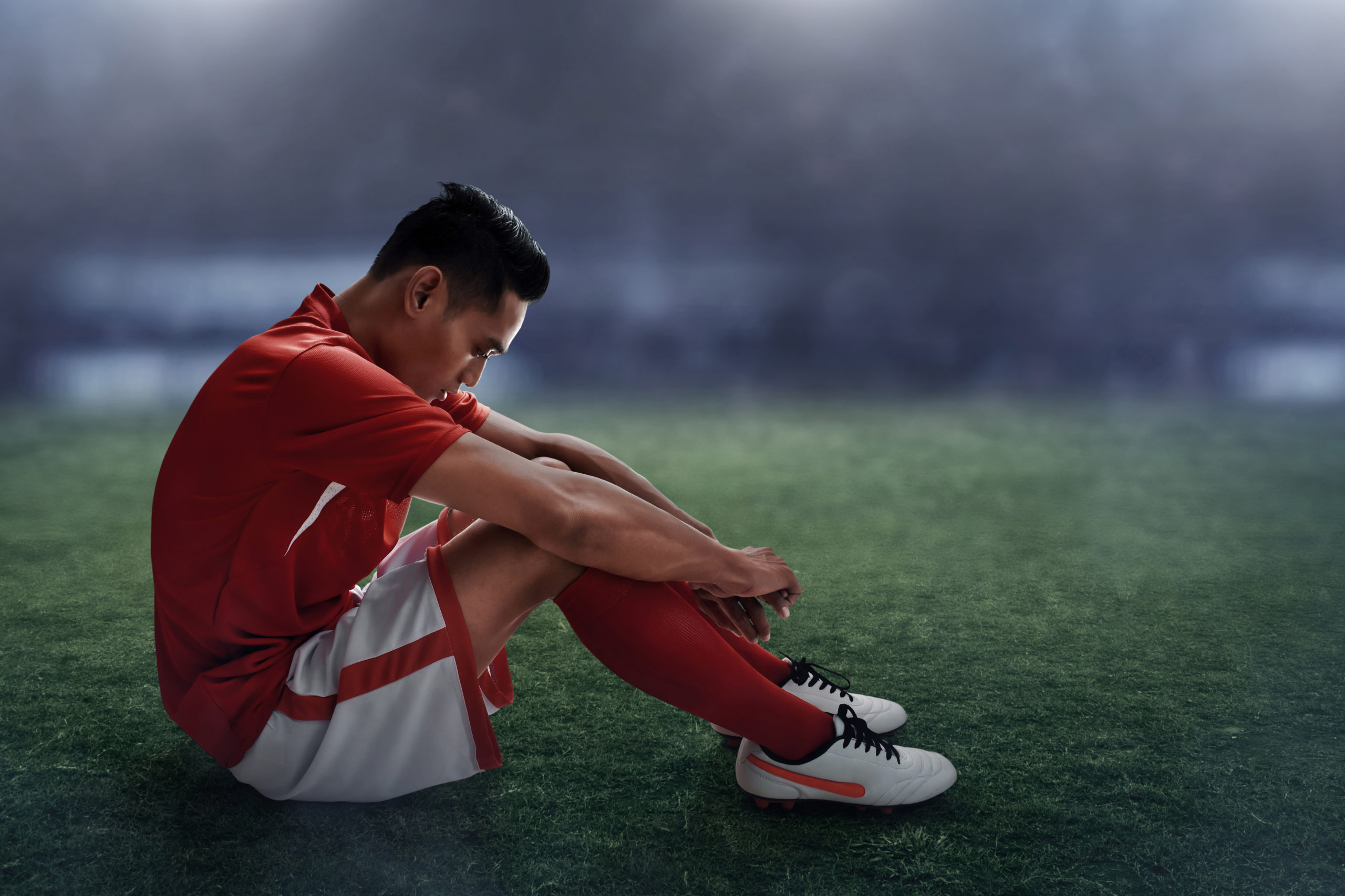 The Agony Of Defeat

In all sporting events there is a winner and a loser. No person with a competitive bone in their body enjoys being on the losing side of this elementary equation. Former football coach Vince Lombardi once said, “winning isn’t everything; it’s the only thing.” This poetic quote seems to display the common view of competitors who dedicate their lives to sport. However, the reasons as well as the reactions to defeat differ greatly between athletes. The exact level of agony defeat brings to an athlete differs greatly according to the individual athlete’s reason they play the game, the amount of money invested into the sport, and how/if the athlete gains success from defeat.

The Primary Goal In Sports

The reason each competitor plays a sport varies according to their goals as to the outcome of the event. Most individuals participate in sports with the goals of improving physical fitness; numerically speaking, a heavy majority of participants are in youth sports where,

According to this article, these youth are driven by winning to an extent but not on the same level as older, more developed athletes. The notion of winning is overshadowed by the overall enjoyment of the activities and the interaction with other peers of similar ages. This is common in youth sports as well as pickup games although age difference and maturity are additional factors as to the meaning behind winning a game.

Winning Is Not The Only Motive

On the other hand, the notion that winning, “is the only thing” is more common amongst accelerated athletes who live a competitive lifestyle through their sport. From the varsity high school athlete to the professional ball players, these people typically view winning as the reason they are playing the game because of the meaning the game holds to their life. Many athletes at these levels associate a loss with their livelihood and sense of self-worth. For example, after losing a bout in Texas, female boxer Kina Elyassi said of the match, “I felt like I’d let myself down as well as those who supported me most.” She had put such a great amount of effort and time into her commitment as a boxer that she (and her family) questioned her career choice.

Similarly, the higher up the athlete’s success has taken him/her, the more money becomes a contributing factor to their success. Athletes always start with a love of the game as youth, however, as the sport becomes a lifestyle – and in few cases a profession – the time and effort they have put into perfecting their practice needs compensation.

The current labor dispute between the NFL and NFLPA and even the NBA lockout are entirely based on the fact that professional sports are a business. As hard as this reality is to swallow for fanatical sports enthusiasts, this truth provides players with an income to do what they love for a job.

Another example is in professional boxing where losses in boxing used to contribute to a boxers experience. Now, in order to retain marketability, a boxer must fight in half as many fights and win twice as many bouts if he/she wants to contend for a title. (Kehoe). The money behind the scenes of professional boxing dictates and the general fan base dictates this market; the typical fan (in any sport) wants to see the best of the best with the most action possible.

This is achieved in boxing by squaring up the two fighters with the least losses against each other as opposed to a more experienced (and perhaps, better) fighter who has a worse record. In this case, winning truly becomes, “the only thing” if the boxer wishes to continue to make an income and fight.

The Benefits Of Youth Sports

In contrast, youth sports have less money involved within clubs. Parents are typically paying organizations for their children to play in sports leagues rather than the leagues paying the families or providing an athlete compensation through scholarship. According to a study done at the University of Washington,

This shows that benefits from youth sports are not entirely achieved through winning. Despite the, “winning is the only thing” mentality of most professional athletes this may not be the best path for youth to take. Losing gets to young athletes because most have been taught that winning is truly the only thing that matters and is the only way to get to succeed. This completely ignores the reasons given above why youth are supposed to be playing sports in the first place.

Moreover, by focusing on not losing, the young athletes fail to learn the most important skill of any athlete: Success through Defeat. When the primary focus of youth sports is winning, which is typically the case as athletes mature, they may avoid other important life lessons like citizenship, improvement, teamwork/togetherness, and humility.

Even professional athletes at the highest levels of competition experience setbacks including defeat; the greatest athletes of all time are defined as the greatest in their sport not only due to their skill but also because of their triumph over of adversity. Sports psychologist Jerry Lynch recognizes that, “It’s all about playing with passion… athletes understand what it means to play with heart but very few have been shown how.” (Hudepohl, 57).  Lynch has worked with numerous college teams including 12 national championship winners. The most basic principle of his practice is that he makes sure athletes recall why they love the sport they’re playing.

Currently, many of the best idolized players are experience harsh adversity; Tiger Woods’ sex scandal and LeBron James’ recent NBA finals loss are examples of the best athletes in their sport who have a steep mountain to climb. Athletes of older generations like Wayne Gretzky and Michael Jordan are considered the best to ever play the game because of how they stared adversity in the face and defeated it; these greats were known for their winning abilities because of the way they overcame their previous defeat by learning from it and using it to better their game.

In Jordan’s recent commercial (essentially mocking the work ethic and competitive nature of LeBron James) he inspires young athletes to, “Become Legendary” by working hard. Jordan says that his work started, “before the free-throw line” in the gym, “not all of [his] shots were game winners,” and that “failure gave [him] strength, and pain was [his] motivation.” (Jordan).

Elyassi took two months off to clear her head before she started training again; Jordan would repeatedly shoot from the spot where he had missed a game winning shot; these are examples of steps players can take to improve their game after a loss. Additionally, an article in Sports Illustrated for Women signifies 5 Ways to Turn Defeat into Victory. Lombardi’s, “winning is the only thing” mentality fails to recognize how much can be gained from defeat. As Lynch puts it, “patience, perseverance, and compassion are the ingredients of national champions.” (Hudepohl).

In conclusion, the misery of defeat comes about in different ways based upon a player’s reason for playing the game, the money involved in a particular sport, and the way success is achieved through defeat. No true competitor feels good about or is satisfied with losing; however, the best competitors learn from loss and strategically use adversity to their advantage in order to become a better person and an exceptional athlete.