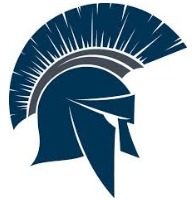 Abbey Smith rejoined the Case Western Reserve University women’s soccer program as an assistant coach prior to the start of the 2016 season.

Smith returns to her alma mater, where she was a standout keeper for the program for two seasons, twice earning selection to the All-University Athletic Association First Team, and garnering a spot on the National Soccer Coaches Association of America/ Continental Tire All-Great Lakes Region Second Team her senior campaign.  Smith graduated from CWRU with a program-record 0.76 career goals-against average, and ranked third in school history with 13 career shutouts, fourth with 16 wins and a .825 save percentage, and seventh with 137 saves.

Prior to coming to Case Western Reserve, Smith played for the women’s soccer team at the University of Miami (Fla.), where was named to the Atlantic Coast Conference Academic Honor Roll in both 2011 and 2012.

Smith, a Powell, Ohio native, graduated from Case Western Reserve in 2015 with a degree in Communication Sciences.