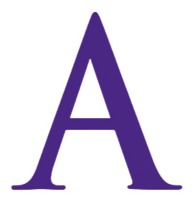 Jeannette Boudway was named an Amherst College assistant women’s soccer coach in the summer of 2016 and enters her first season with the program in the fall.

Boudway arrives in the Pioneer Valley after spending the last five seasons with the University of Notre Dame women’s soccer program, including two as coordinator of soccer operations, following a stint as the team’s volunteer assistant coach. As coordinator of soccer operations, her responsibilities included video coordination, team travel, equipment, budgeting, and on-campus recruiting, as well as assisting with team marketing and promotions, and oversight of the Notre Dame summer soccer camps. She helped the Fighting Irish to a 78-14-6 record and three NCAA College Cup appearances, including two Final Fours and one National Championship in 2010.

Prior to her time in South Bend, Ind. Boudway spent three years (2005-2007) at the University of Alabama at Birmingham (UAB) as an assistant coach for the Blazers. During her time at UAB, Boudway helped the team to a 25-30-4 record, the 2006 Conference USA Tournament championship, and a bid to the 2006 NCAA Division I Tournament. She worked with 10 all-conference performers and five all-region selections during her three-year tenure in Birmingham, and also oversaw the program’s equipment, travel, digital match analysis, budgeting and recruiting, in addition to off-season work with community service, alumni affairs and camp administration.

Boudway began her coaching career in 2002 as an assistant coach at Grand Valley State University, helping the Lakers to a 13-4-1 record (at the time the most wins in school history) and a runner-up finish in the Great Lakes Intercollegiate Athletic Conference. She then moved on to Barry University in Miami Shores, Fla., where she spent one year as a volunteer assistant coach in 2004, contributing to the Buccaneers’ 12-3-2 record (7-0-1 in the Sunshine State Conference), as well as an NCAA Division II Tournament berth.

Boudway also has experience as a coach at the club level, having previously worked with the Plantation (Fla.) Eagles FC, Birmingham (Ala.) United, and with the Junior Irish Soccer Club in Mishawaka, Ind. She started a soccer program with Indiana Invaders and Michiana Echo for children ages 4-8 called Mini Select Soccer. In addition, she coached a 2004 girls black team with Invaders.

Boudway graduated from DePaul in 2001 with a bachelor’s degree in Accounting. She went on to earn her master’s degree in Sports Management and Business Administration from Barry in 2005. In addition, she has received her Premier Diploma from the NSCAA, and has obtained a “C” coaching license from the United States Soccer Federation (USSF).