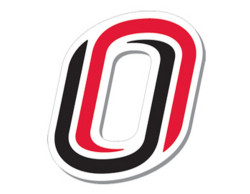 Kelly Farrell joins the Mavericks after spending last season as the associate head coach at UAB.  Prior to her tenure with the Blazers, she spent three seasons at Georgia Southern and two seasons at Monmouth.  Before working with the Hawks, Farrell spent a season as the director of soccer operations at Loyola (Md.).

Farrell is a former All-Metro Atlantic Athletic Conference (MAAC) performer at Loyola (Md.) and holds a USSF “B” coaching license and was named to the 2014-15 NSCAA 30 under 30 coaching program.

In two seasons at Monmouth, Farrell helped the Hawks to back-to-back 10-win seasons. Farrell handled recruiting as well as video analysis for the program.

A veteran coach of youth teams and camps, Farrell earned All-MAAC recognition all four seasons with the Greyhounds, capped by her All-MAAC First Team selection as a senior, where she started all 20 games as an outside midfielder and tallied a team-high seven assists.

A two-time team co-captain, Farrell started all 23 matches as a junior en route to her All-MAAC Second Team selection for a second straight season. As a sophomore the midfielder earned Second-Team all-conference honors starting all 20 games.

In her first season with Loyola, Farrell was added to the MAAC All-Rookie Team after playing in 15 games, starting three matches.

During her career with the Greyhounds, the Oceanside, New York native compiled 10 goals, 15 assists and 35 points in 78 matches, while adding five game-winners.

Farrell, who graduated with a degree in communications, earned 11 varsity letters during her prep career at Oceanside (N.Y.) High School. Farrell earned five letters in soccer and three each in track and field and lacrosse.

An All-Nassau County and All-Class AA player in soccer, Farrell played club ball for the Albertson Fury and was a member of the Eastern New York ODP for five years and Region 1 for a year.