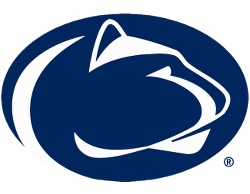 A graduate of Liberty University in 2013, Amaya Jr. has a decorated history as both a coach and a player. On the pitch Amaya Jr. was a member of the United States U-17 National Team and went on to earn back-to-back national championships as a midfielder at Tyler Junior College (2009 & 2010). He helped the Apaches post a 41-0-1 record during his two seasons and then he went on to play two seasons at Liberty. While at Liberty, Amaya Jr. helped the Flames to a Big South conference title and NCAA tournament appearance.

Amaya Jr. began his coaching career well before he ended his playing days, as he helped coach the Colorado Storm youth club from 2008-15. With the Storm, Amaya Jr. led the team to regional appearances and state titles.

Off the pitch Amaya Jr. started a community service program that involves grassroots programs such as TOPSoccer, gang prevention, baby/toddler soccer; and soccer Santa, an annual hospital visit to spend time with kids and talk about soccer.