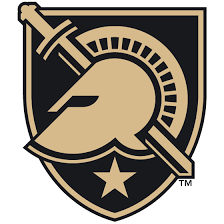 Renee Pilch begins her fourth year on Army West Point’s staff after being retained as the goalkeeping coach by head coach Marcia McDermott upon her arrival in 2013.

The Black Knights advanced to the postseason in 2014 as they finished fourth in the Patriot League and hosted a First Round Patriot League Tournament game at Clinton Field. Army West Point had two players garner All-Patriot League honors, as Katie Holder was named to the first team and rookie Clare Shea claimed a spot on the third team.

Pilch’s first season on McDermott’s staff was a successful one for Army as the Cadets ended the 2013 season with an 8-7-4 mark and earned the fourth seed in the Patriot League Tournament. All-Patriot League honors were handed out to seniors Kimberly An, Molly McGuigan and Joey Molacek, who were tabbed as first-team selections, while Holder landed on the third team following her sophomore campaign.

Prior to arriving at West Point, Pilch held a similar position as a graduate assistant at Gardner-Webb University (2010-11). Her first year at Gardner-Webb saw the Runnin’ Bulldogs reach the championship finals of the Big South Tournament for the first time in school history. Seventh-seeded Gardner-Webb took No. 5 High Point into overtime before bowing 1-0 to close out the season 7-10-5 to include nine shutouts.